The “Gold Lion of Saint Mark” for Peace will be awarded to Aleksandar Vučić, President of Serbia 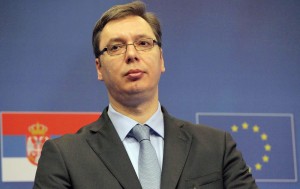 On Dec. 1rst, 2018 the Venice International Award ceremony will be back to consecrate the human excellence.

Key figures in enterpreneurship, but also in arts and international relations, will meet for the 72° year of the award, born in the early ‘40ies.

For the last 11 years, President of the Committee was dr. Sileno Candelaresi, who worked so hard to continue the historical tradition of the Gold Lion.

On the organizational front, important to mention the Foedus Foundation, chaired by On. Mario Baccini.

This Saturday, two sections of the event will take place: “The Gold Lion for Enterpreneurship”, the most important event dedicated to italian business, promoted by Armando Curcio Editore Spa, C Holding Srls, Venice in The World Srls and Leone di San Marco Srls.

The event follows the last month press event, celebrated in Montecitorio, where the official nominations were awarded.

The same day, will be celebrated the Gold Lion for Peace, that according to President Candelaresi is “a symbol of the last 70 years’ social achievements, and a concrete wish for a better future”.

“The Gold Lion, symbol of the last 70 years’ social achievements”, told us the president during the conference, “always looks for new ways to enhance human talents. The Gold Lion for Enterpreneurship and the Gold Lion for Peace are the final forms of the festival born in 1947”.

Luz Adriana Sarcinelli (actress and presenter who won the Silver Lion as best actress in 2016) will host the ceremony.

Peace Ambassador for 2018 will be President of Serbia Aleksandar Vučić, thanks to his very strong efforts in the promotion of peace.

Between the guests that will be in Venice this Saturday, Deputy Prime Minister of Italy, Matteo Salvini, On. Renato Brunetta and On. Franco Frattini.
Edoardo Baietti 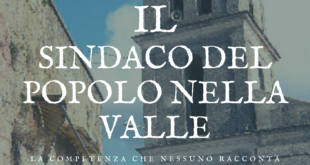